Hearts In Harmony, Book 2 of the Five Senses Series
Coming May 5, 2014
From Lyrical Press, an imprint of Kensington Publishing Corp. 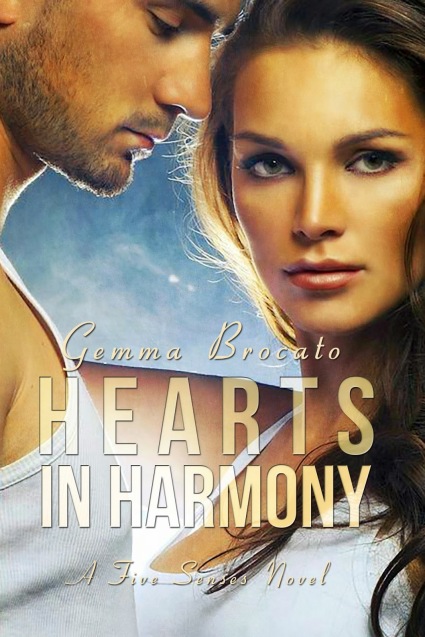 Sometimes life’s most simple melodies become songs of love.
Pippa Sanders’ life is filled with songs of leaving, longing and loneliness. Since the death of her husband, her children have been her world. She’ll do anything to protect them, including encasing her heart in ice until they’re college age. She’s made a practice of shying away from any relationship that could break her heart when it ends. And it’s worked so far.
Clay Mathers has made a temporary move to Granite Pointe, Massachusetts to help with his mother’s Christmas tree farm while she recovers from a stroke. Although his long-range plans don’t include staying in the small town, a little female companionship during his short residency would be welcome. While on duty as sentry against protestors at a military funeral, he finds Pippa visiting her husband’s grave, and begins a campaign to make her into a friend–with benefits.
What starts as a simple affair evolves to something more, something that changes the soundtracks of both their lives…the beating of two hearts in harmony.
CONTENT WARNING: Contains strong language, hot sex and a spicy hero.
A Lyrical Press Contemporary Romance
Read more about Cooking Up Love, Book 1 of the Five Senses Series
http://www.amazon.com/dp/B00IRITMS8/

Gemma’s favorite desk accessories for many years were a circular wooden token, better known as a ’round tuit,’ and a slip of paper from a fortune cookie proclaiming her a lover of words; some day she’d write a book. All it took was a transfer to the United Kingdom, the lovely English springtime, and a huge dose of homesickness to write her first novel. Once it was completed and sent off with a kiss, even the rejections addressed to ‘Dear Author’ were gratifying.
After returning to America, she spent a number of years as a copywriter, dedicating her skills to making insurance and the agents who sell them sound sexy. Eventually, her full-time job as a writer interfered with her desire to be a writer full-time and she left the world of financial products behind to pursue an avocation as a romance author.
Her gamble paid off when she was a 2012 Finalist in the prestigious Golden Pen contest for Romantic Suspense and she received contracts for her first and second book.