Hey ya’ll! Here is the cover for Dutch Harbor Wolf, Book 4 of the Night Shift Crew. Cover design by the lovely and talented T.S. Joyce. Thank you, T!

Book 4 – Dutch Harbor Wolf will be out soon! 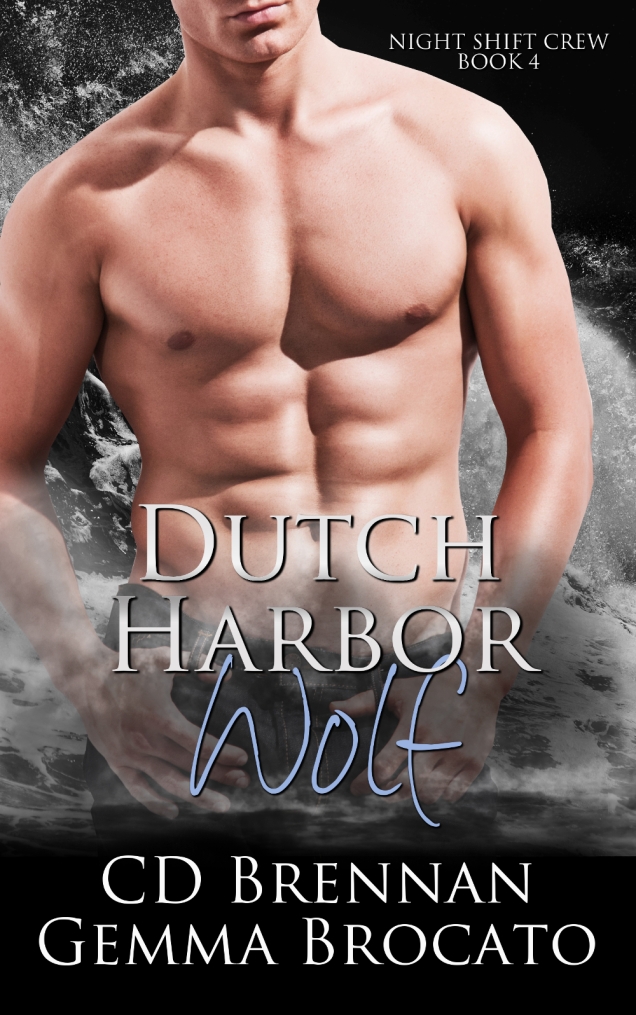 Wolf shifter Daniel Martin has a past that won’t let go, and he spends too much time at the bottom of a bottle trying to forget the tragedy that destroyed his family. He’s meant to be sending the cash he’s earned on the Night Shifter crab boat to his parents with their ranch in British Columbia, but instead, the cowboy finds himself pissing his wages away at the bar. The only good thing about spending time there is the lovely English waitress, Liza Evans.

Liza has her own baggage. Growing up as an only child in a posh house, she’s never wanted for anything. Her parents set her path in life: university first, then successful career, happy marriage and 2.5 children. Fed up with being told what her life should be, Liza rebelled, dropped out of school and took to traveling to escape. She’d landed in Dutch Harbor, hoping for a glimpse of the Deadliest Catch crew. Working as a waitress at a famous watering hole, she soon realizes that her mates were right about Alaska, where the “odds are good, but the goods are odd.” But then she meets Daniel and the attraction is instant and the laughs and drinks keep coming.

Daniel’s wolf is showing signs of damage from his overindulging; the animal is sluggish, and refuses to relinquish control once he does rise. Daniel’s crewmates and friends have tried to warn him, but he didn’t listen. A cowboy’s gotta let off a little steam, right? When trouble comes in the form of the crew from a competitor’s trawler and Liza is attacked, Daniel’s wolf can’t surface to come to her rescue. Will his wolf ever come back? And will Daniel and Liza’s love have a chance to grow before something even worse happens?