My Lyrical sisters have put together a wonderful FREE Anthology. FIRST FROST. Just perfect to warm you up this time of year. 🙂 A collection of 9 stories by some of Lyrical’s best authors ranging from sweet to spicy, it is sure to have a bit of something for everyone. This is a free read!   AMAZON

This is a free read!   AMAZON

Keep the Fire Burning
Fantasy romance by Daisy Banks
A flame of passion turns into an ever-burning fire of love.
Devastation unites a Prince and a village maiden and together they discover the sweet fire of the flame of love.

In His Embrace
Contemporary romance by Wendy Ely
When life’s glow threatens to die in a person, love’s light guides the way.
Tori expected Friday to be completely ordinary: a quick goodbye to her best friend who was going away on a business trip for the weekend, a routine checkup at her doctor’s office, and the rest of the day filled with work. But she was wrong. Ben’s hand rested on her hips a little longer than usual during their goodbye, igniting sparks she’d tried to ignore for years, and then her tests came back abnormal. Scared and alone, she wishes for one person’s hand to hold–Ben’s. He is trying to make it back before her next doctor visit, but can he?

May I Have This Dance
Paranormal romance by Toni Kelly
The right partner makes all the difference…in love and dancing.
Tired of hiding who and what he is, half-demon Sebastian Reyes is determined to find happiness. Easier said than done, though—his true identity could drive away the only woman he loves.

A Keeper
Contemporary sweet romance by Charlotte McClain
Some things are worth keeping. Some guys are keepers.
Dina Paxson has a few days before going back to work on the cruise ship to straighten out a billing snafu at the storage facility. Paul Hanover is baby-sitting the facility for his mother when Dina comes in. She’s a little odd, but in a way that makes him want to know more about her. Too bad his need to know conflicts with her desire to be a little more anonymous.

Ripe for Trouble
Contemporary romance by Autumn Piper
Are they ready for love this time around, or just ripe for trouble?
When Ivy Leeds takes a job in her hometown, few things have changed…but Ridley, the bad boy of her graduating class, has cleaned up his act. Or so everyone else thinks. After hearing him and his friend practicing pickup lines, she has her doubts. Ridley Tucker can hardly believe his eyes. Ivy, the president of the Brainiac Club, has returned to town. Some things never change—she’ll barely give him the time of day, and she still looks as fine as she did that night at Prom, when they almost… Well, when he blew their chances forever. Or…did he?

Slip the Skin
Paranormal romance by Tera Shanley
His curse is her cure.
Just when Linden Ashby finally accepts her impending doom, a handsome stranger gives her another chance at life. But will it be at the expense of her soul?

Highlander’s Captive
Historical romance by Joanne Wadsworth
His mission is to capture. Hers is to turn the tide.
Julia MacLeod is held captive by a Highland warrior, a man whose deep-seated honor may just turn him into becoming the captured instead.

This is a free read!   AMAZON 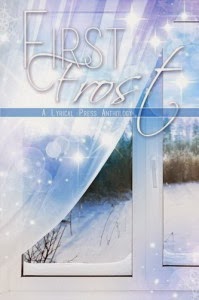